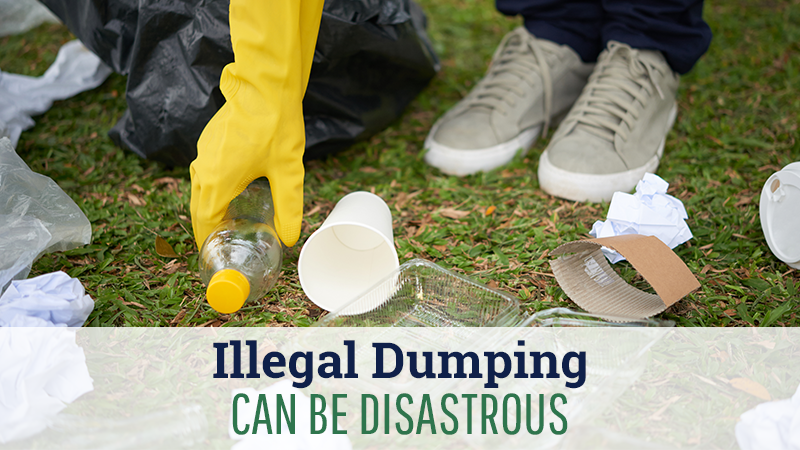 Illegal dumping refers to dumping trash instead of putting it in a receptacle (bin, dumpster, trash can, etc.) or taking it to a landfill/recycling center. Illegal dumping has been a serious problem in the past because people didn’t see what the problem was. However, illegal dumping affects everyone, including dumpers, and can have disastrous effects on your life in a variety of different ways. Here’s why you should never dump debris or trash at random, and instead get a legal roll off bin or dumpster for larger projects.

“Out of sight, out of mind,” may be how people feel when they dump waste illegally, but it isn’t true. Illegal dumping is monitored by the government, and a variety of agencies work to enforce dumping laws and clean up dumped trash. That costs money – the EPA reports that an urban area can spend several million dollars a year on managing illegally dumped wastes. That money comes from – you guessed it – taxes that you and everyone else around you pay.

Illegal dumping wreaks havoc on the environment. Chemicals from wastes and appliances that aren’t properly disposed of leach into soil and seep into waterways. This makes water less safe to drink, causes damage to plants and wildlife, and can even affect things like child development.

It’s also a problem for landowners. For example, if you illegally dumped used oil on your property, it’s very expensive, and you will have to pay fines that include the cost of removing the oil-contaminated land. Moreover, it can make that property unsuitable for development in the future, lowering your property values significantly.

Illegal trash sites affect public health in many ways – here’s just a few of them: 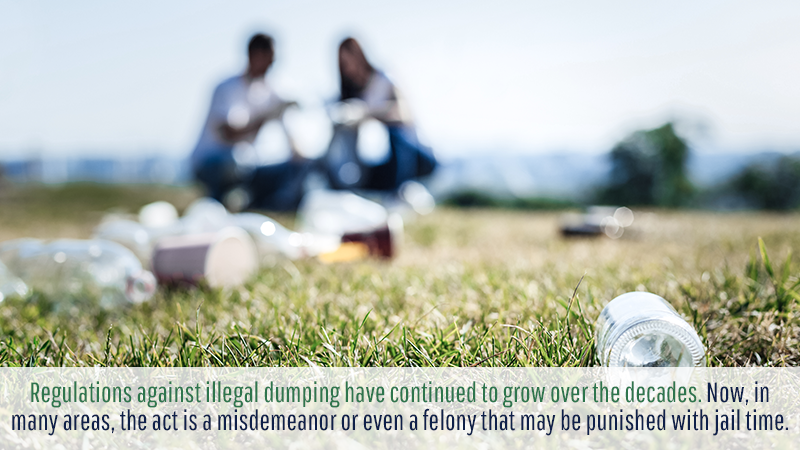 It Can Be a Felony Offense

Regulations against illegal dumping have continued to grow over the decades. Now, in many areas, the act is a misdemeanor or even a felony that may be punished with jail time. Fines start at around $50 – far more than visiting a landfill costs – and can quickly rise to thousands of dollars or much more depending on the type of illegal dumping.

The good news is that avoiding illegal dumping is easier than you might think. If you have a lot of trash or large debris that just won’t fit anywhere else, take a look at dumpster rentals from Debris Box! These rentals help keep your own property clean while making trash disposal simple – and legal.