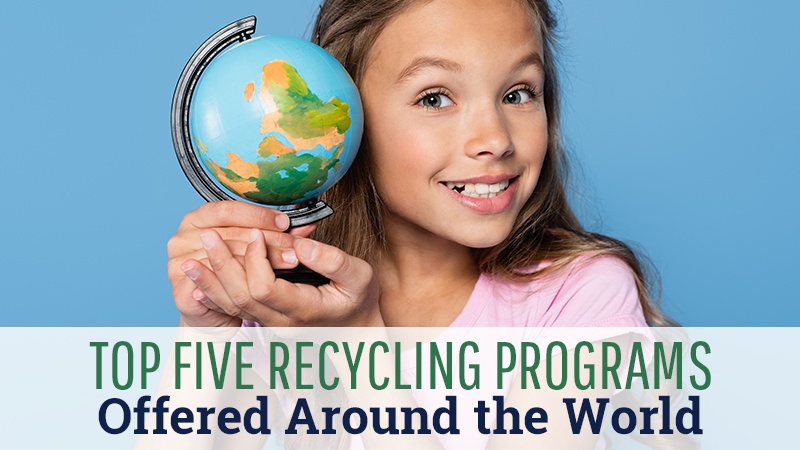 It’s true what you’ve heard. A little friendly competition never hurts anyone if it’s for fun and for a worthy cause. Recycling is considered a humane thing to do worldwide, and some countries are better at it than others.

And the Race Begins!

It’s not literally a race, but countries that stay on top of current environmental trends know that recycling is a priority. These five places in the world have the best reduce, reuse and recycle programs based on random but important criteria.

This country offers 7 cents for glass bottles and 25 cents for plastic bottles. In 2013, they achieved a 65 percent waste recovery rate, which includes composting. A year earlier, Germany recycled about 43 percent of the world’s total waste. About 34 million tons of the global waste collected in that year was applied to energy recovery. In 2017, a report indicated that this country’s Municipal Solid Waste adjusted recycling rate was about 56.1 percent.

A 2017 report indicates that Austria has a 53.8 percent adjusted recycling rate. They focus on reducing carbon emission rates, so they banned products that contain more than 5 percent carbons. Since 2020, manufacturers no longer can sell or import certain types of plastic bags. They also have made it a priority to provide recycling education materials for children and have set up an organization called Alstoff Recycling Austria. The ARA has existed since 1993, and they facilitate responsible waste management initiatives. 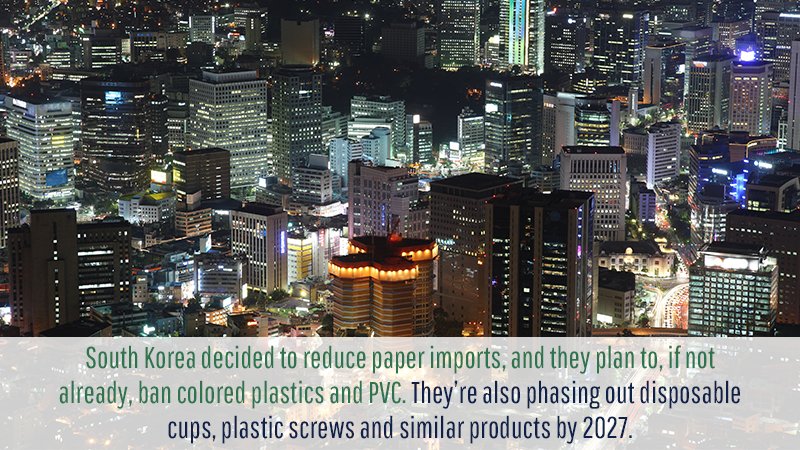 This country comes in only about a point behind Austria with a calculated 53.7 percent recycling rate. South Korea decided to reduce paper imports, and they plan to, if not already, ban colored plastics and PVC. They’re also phasing out disposable cups, plastic screws and similar products by 2027. In addition, they are implementing a new way to recycle any domestic plastic bottles that are still produced.

Coming in fourth place, this country’s 2017 adjusted recycling rate was 52.2 percent. Wales has a goal that might seem unachievable by most of the world’s standards, but they probably figure it’s worth a try. They hope to have absolutely no waste by 2050, which far surpasses the EU 65 percent goal, and still strive to become number one.

Holding out at just under 50 percent, its 2017 adjusted recycling rate is what makes it come in fifth place. This country requires its citizens to pay for any household or commercial waste they produce. If any incentive is to be had, the cost factor most likely does it for them. Landfill bin bags are also taxed to discourage throwing items in the trash that could be reduced, reused or recycled.

Check out our blog for more interesting facts about recycling and waste. Our company, Debris Box, offers a variety of recycling supplies, including small bins and large dumpsters for rent.