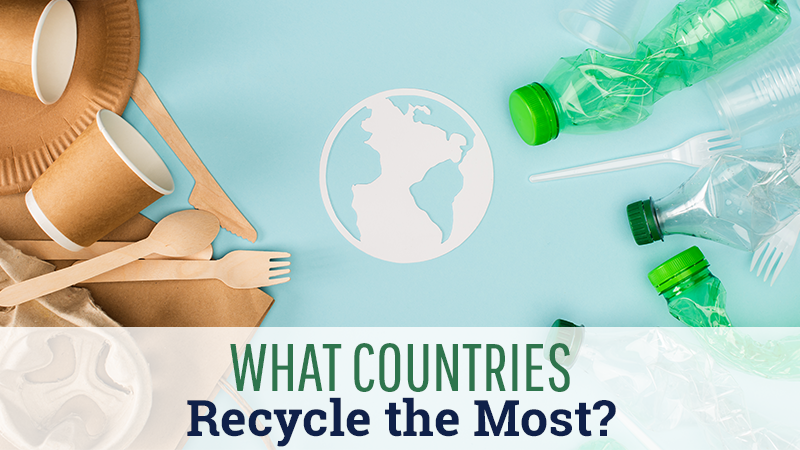 Just how good at recycling can you become? Recycling laws and goals can vary drastically around the world, with countries pursuing many different types of strategies for how they deal with their waste. But which countries actually do the best at recycling? Who’s at the top of the list according to the experts, and how do they manage to recycle so much of their trash? Let’s take a look at the countries that score the best on recycling, and just how good they do!

Interesting fact: You may be wondering how exactly recycling is judged. Well, that’s actually a tricky question. Environmental consultancies and organizations take a close look at the data that countries report and decide how to rate it. However, governments have an interest in reporting the best recycling numbers possible, which leads to inflation, poor calculations and outright lying. For example, Sweden likes to say that it recycles almost all its waste, but it counts waste incineration as recycling, which makes the government’s numbers more or less useless. Likewise, Singapore counts commercial and industrial waste in its high recycling numbers but doesn’t calculate much consumer recycling, so their numbers don’t work either. Here are the real winners.

Germany is widely considered the best recycling nation in the world, with widespread, efficient practices that lead to an incredible 65% of its municipal waste being recycled every single year. What’s the secret? Enormous incentives for the average consumer to recycle pretty much anything they can: A single bottle can provide up to the equivalent of 25 cents when deposited.

Interestingly, many of the other countries that nearly made the very top of the list are in the same region and have similar practices: This includes Austria (which had numbers very close to Germany) and Switzerland. Because of this, we’re lumping the countries in this region together as the top spot.

South Korea follows Germany, with 53.7% of waste recycled. This was very different a few decades ago, but the Korean government introduced widespread recycling regulations that had a massive impact. That includes integrated recycling for plastic, harsh penalties for dumping waste in the ocean instead of recycling, and mandatory foodstuff recycling. Korea continues to have an ambitious plan to cut wastes much more in the coming decade. 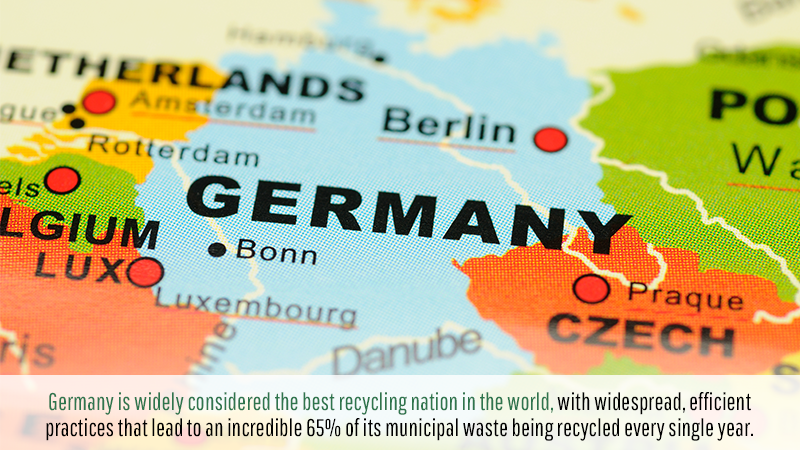 While Wales may not be the first place to come to mind when you think about recycling initiatives, the region is actually one of the best in the world at taking care of its waste at 52.2% recycling. The key for Wales has been the country’s government investment and political leadership. Wales has an ambitious plan to produce zero waste by 2050, and if it continues on its current track, it will be at the top of the list in just a few years.

Where Does the U.S. Rank?

Are you wondering where the United States ranks in all of this? We come in at the 35th spot for recycling and composting. Still, if businesses and individuals continue to make efforts to improve their recycling habits, we have the ability to improve our ranking. Are you interested in learning more about recycling, fun facts about waste management, and more than a few tips on how to take care of significant trash issues? Check out our other blogs today!