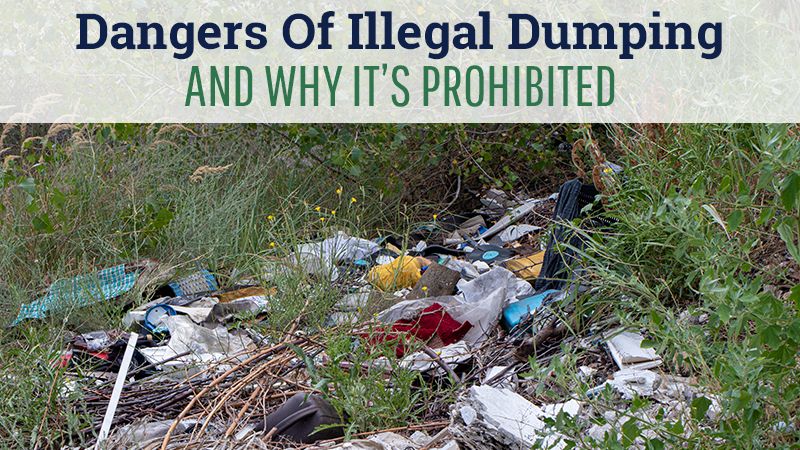 So, why could you get fines if you just dump waste wherever you want? The short answer: It’s dangerous. That’s why. You might have no clue what illegal dumping is or why it’s even considered a felony in some cases, but you’ll learn soon enough.

What Is Illegal Dumping?

At the very least, it usually looks disgusting – the litter you see in the streets, behind buildings, down sides of cliffs and in parks or in the water. If you’ve ever tried to find a secluded place to sit by the riverside, and you noticed discarded cans of beer in the grass nearby some trees, you can attest to this. Even worse, you’ll see diapers, food wrappers — even leftover scraps — lying in what is supposed to be some of the world’s most precious nature spots. This is what illegal dumping is, but it also happens on a larger scale.

Even corporations sometimes dispose of trash wherever they feel like it without permits. This contaminates the water, and it causes people to have breathing problems when the airborne fumes travel down their streets and ruin the air quality inside their homes.

So, What’s the Danger?

Aside from breathing in contaminated air that makes people sick, waste on the ground renders soil useless for growing food, and it makes it difficult to walk around with bare feet without spreading germs. Some people have even died from the effects of landfill waste being disposed of in random places.

Additionally, part of the reason for respiratory problems is people breathing in contaminated air, and illegal dumping kills grass, trees and vegetation that produce oxygen. With less oxygen, of course, people cannot breathe as well.

Injuries also occur when people throw glass bottles out in parking lots, and the same applies to metal or plastic objects with sharp edges. You could also step on broken toys, saw blades, rusty nails or any other items that could cause you to bleed and become infected. These objects also wreak havoc on drivers, who at the very least get flat tires but also could end up abruptly stopping in a way that causes an accident. 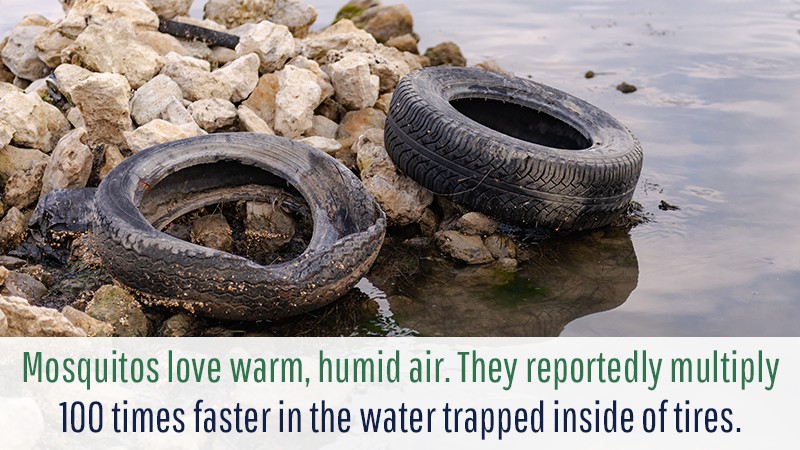 Mosquitos love warm, humid air. They reportedly multiply 100 times faster in the water trapped inside of tires. If these objects are thrown near campsites, it’s one way that these pesty insects could be disease carriers that can cause health problems in people just trying to enjoy nature. Rats, mice, and other vermin and maggots also reproduce and crawl around in rubbish. The stench is bad enough, let alone whatever infectious pathogens they spread around to people and animals.

Don’t be one of the people or companies who end up with fines, jail time or felony charges. Save people and your world, and recycle, too! Order your supply of trash and recyclable bins or dumpsters today. Call Debris Box at 619-284-9245 for more information or browse our site.