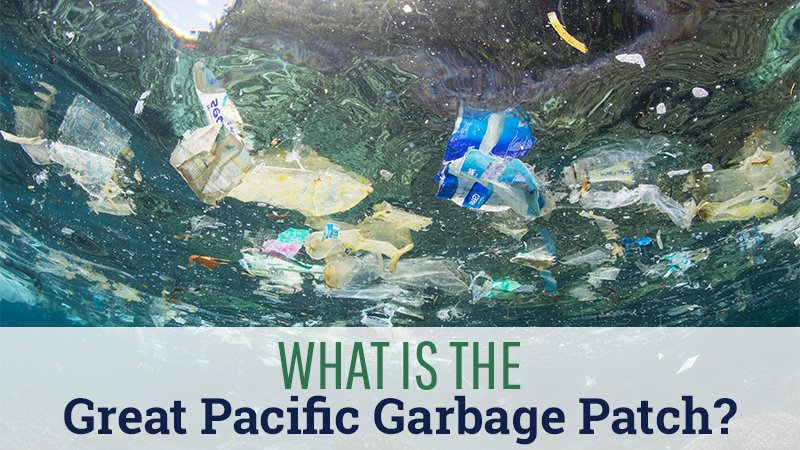 Taking care of the planet is something every person living on it should care about. While huge advancements have been made in reducing pollution caused by some sources such as fuel, other sources are growing at an alarming rate. The ocean and the animals that live in and around it are especially vulnerable to pollution caused by trash that ends up in the water. A staggering amount of trash ends up in our oceans every year and can gather in huge floating masses in the middle of the water, miles from any shore. The greatest example of this is known as the Great Pacific Garbage Patch. Here at Debris Box, we are all about education and environmentally sound practices, so we wanted to shed some light on the big problem happening out in the middle of the ocean.

1. Where is it? The Great Pacific Garbage Patch is located in the middle of the Pacific Ocean between Hawaii and California. It is a collection of trash and debris that gathers in this area due to the natural currents in the ocean. The trash from multiple areas accumulates here as the stiller waters in this area create a catch-all zone for trash. It’s not visible from satellite or even from a boat, but the trash is fairly dense and just below the surface of the ocean.

2. How big is it? The sheer size of this patch of ocean trash is truly staggering. Most people are shocked to learn that it is about twice the size of Texas. With over 1 million tons of trash entering the ocean each year, it is always expanding as the currents bring more trash to add to the collection with nowhere else for it to really go. The most common materials found in the Great Pacific Garbage Patch include various plastics, Styrofoam, bags and anything else that floats easily in the water. Over time, bits and pieces wear down and can eventually sink to the ocean floor, where they, unfortunately, can do even more damage. 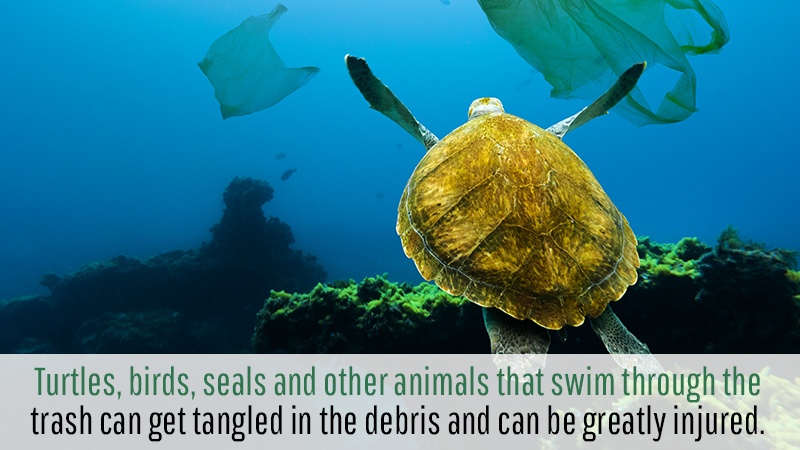 3. What impact does it have? All of this trash has a huge impact on the animals that live in and around this area of the ocean. Fish can ingest bits of plastic and trash as they swim and feed. Marine animals like sharks, whales and seals can get sick from eating fish that are poisoned with trash and also by mistakenly eating trash directly. Birds also can be impacted when they eat contaminated fish and when they scoop up trash along with fish as they feed. Turtles, birds, seals and any other animals that swim through the trash can get tangled in the debris and can be greatly injured. Many animals are getting sick, suffering and dying because of the trash.

4. Are we fixing the problem? It is a huge undertaking that has sadly been ignored for far too long. The task is daunting, but there are things being done to help clean up the Great Pacific Garbage Patch. The Ocean Cleanup Project is currently testing solutions that can be scaled and deployed to clean up a majority of this problem. And people can take steps every day to reduce the amount of trash that ends up in the ocean to begin with by recycling and being smart consumers.

To learn more about what you can do to help, contact Debris Box today!